Pornography and the Problem of True Intimacy 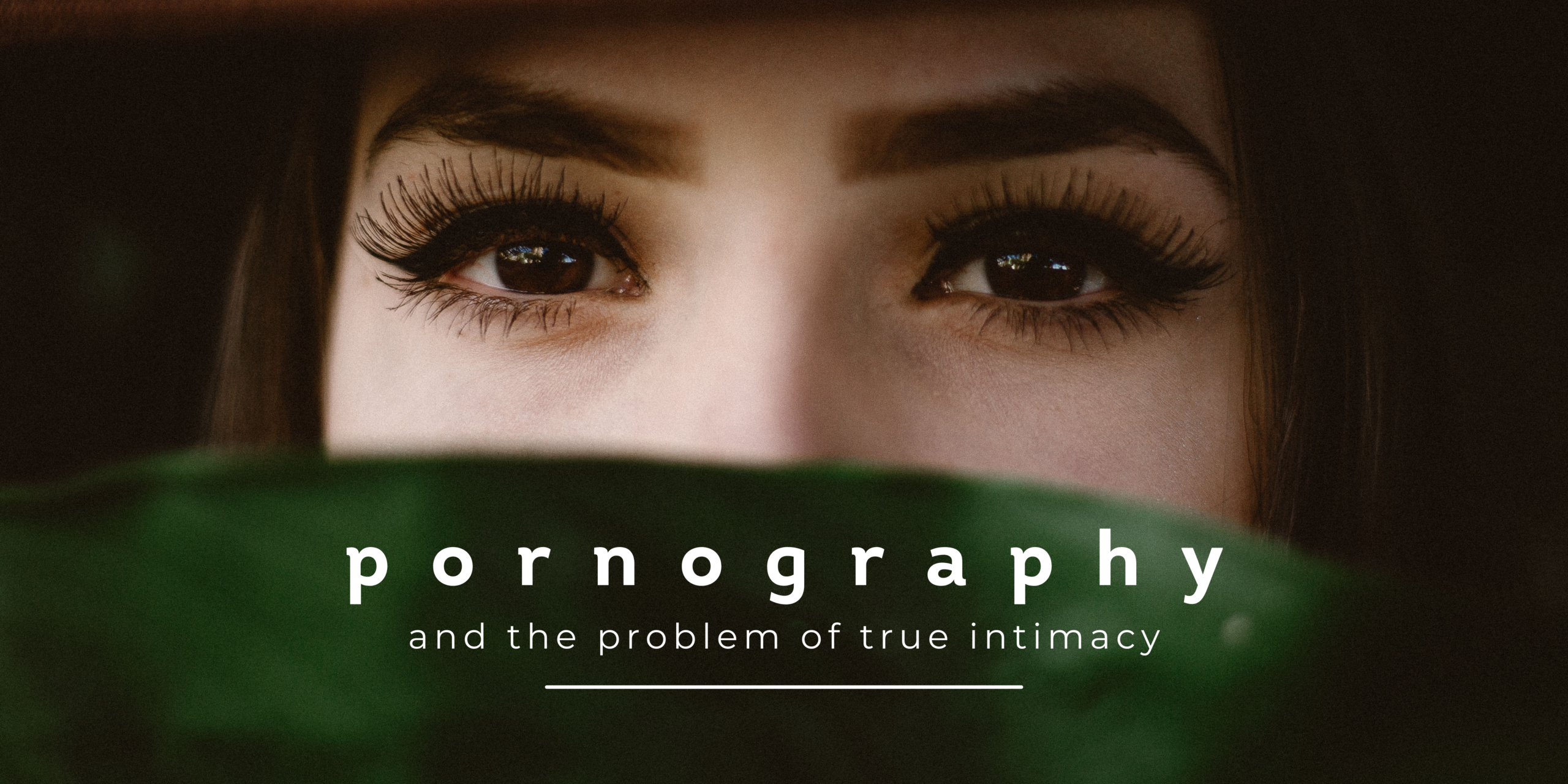 I once dated someone for a few months and things seemed to be going great. Naturally, as the relationship progressed, we had the “porn talk” and he revealed that he would watch from time to time– with the last time being pretty recent. We touched a bit on the topic but at a bare minimum. I did not want him to feel attacked or rejected. The second time we came around to speaking about it, he gave the same response. I took that time to politely, and without sounding judgmental (this is important!), let him know that pornography was not something I was okay with in a relationship due to its negative effects.

After this conversation, he seemed to build up a wall. Although I was coming from a place of concern for him and our relationship, he was upset and I sat there fighting back the tears. I did not expect this reaction from him nor did I expect the changes that came in the relationship as a result of this conversation. About two weeks later, he went from “being in love” to “having no romantic attraction.” Initially, I was confused and hurt but after taking a look at the timeline, I realized that there was a high possibility that the “porn talk” was the game changer.

Why is pornography a game changer?

Not too long after this, I was asked to write a blurb on the dangers of pornography at work. I already had some knowledge on the topic but diving into the research allowed me to see the reality of the problem. Not only did I find an overwhelming amount of statistics and information about how a business that objectifies men, women, and children as sex entertainment manages to be a billion dollar industry, but I also learned more about the way it affects a relationship.

Pornography hijacks the brain’s reward pathways by releasing huge amounts of dopamine and endorphins, just like an addiction to heroin or cocaine. This burns the pornographic images onto the user’s memory, wiring together what is seen with the feelings of arousal and satisfaction. This builds a new brain map, dictating to the user a different kind of attractiveness to cause arousal, as well as a different expectation from his/her partner.

You can get the facts on how pornography use affects the brain, the heart and our relationships here.

What are some important statistics about pornography?

A 2016 study revealed a tremendous rise in youthful sexual problems including porn-induced sexual dysfunction. Marriages in which one partner struggles with pornography or sexual compulsion are commonly plagued by problems of sensitivity, anxiety, secrecy, and isolation. In another 2016 study, consumers also reported diminished overall satisfaction and intimacy in their relationship.

How does Pornography Affect True Intimacy?

When you hear the word intimacy what do you initially think of? For most of us, the answer is sex or being physically involved. According to dictionary.com, intimacy is defined as ”close familiarity or friendship; closeness”, with some of the synonyms being attachment and affection. Many of us fail to realize that intimacy does not equal sex. You can have a lot of intimacy with somebody without any sex, just like you could be involved with a person physically and have absolutely no intimacy. For any relationship to thrive, intimacy must be one of its founding pillars. If intimacy is overlooked the relationship runs the risk of relying on the superficial.

1. Just because “everyone” is doing something, does not make it okay.

How can someone who struggles with pornography move forward?

If you are using pornography, consider the negative consequences for your health and the health of your relationships. If we want to truly love someone for who they are and in a healthy way, we need to begin by positively molding our view of love. This view is constantly being attacked in our lives beginning from a young age right up and past adulthood.

Although pornography is something that has been normalized over the past few years, are the negative effects worth it? Can we truly find authentic, wholesome relationships amidst the distortions that porn causes in our lives and in our view of others? Is it worth it to give up the real connections for the screen? Do you desire to be seen for your qualities, known for your goodness, and loved exactly as you are? *If so, these things that you long for are only capable through authentic human relationships, not behind the screen of an illusionary experience. You deserve better and are capable of such love. *

Appeared first March 26, 2019, on the Unwrittenblog.com

Ich will Impulse per Mail bekommen.

My future husband, Peter, sat in the audience among the others and listened intently. He had never heard such a message before in his life.

Ich habe Interesse an einem FOR ME Wochenende teilzunehmen