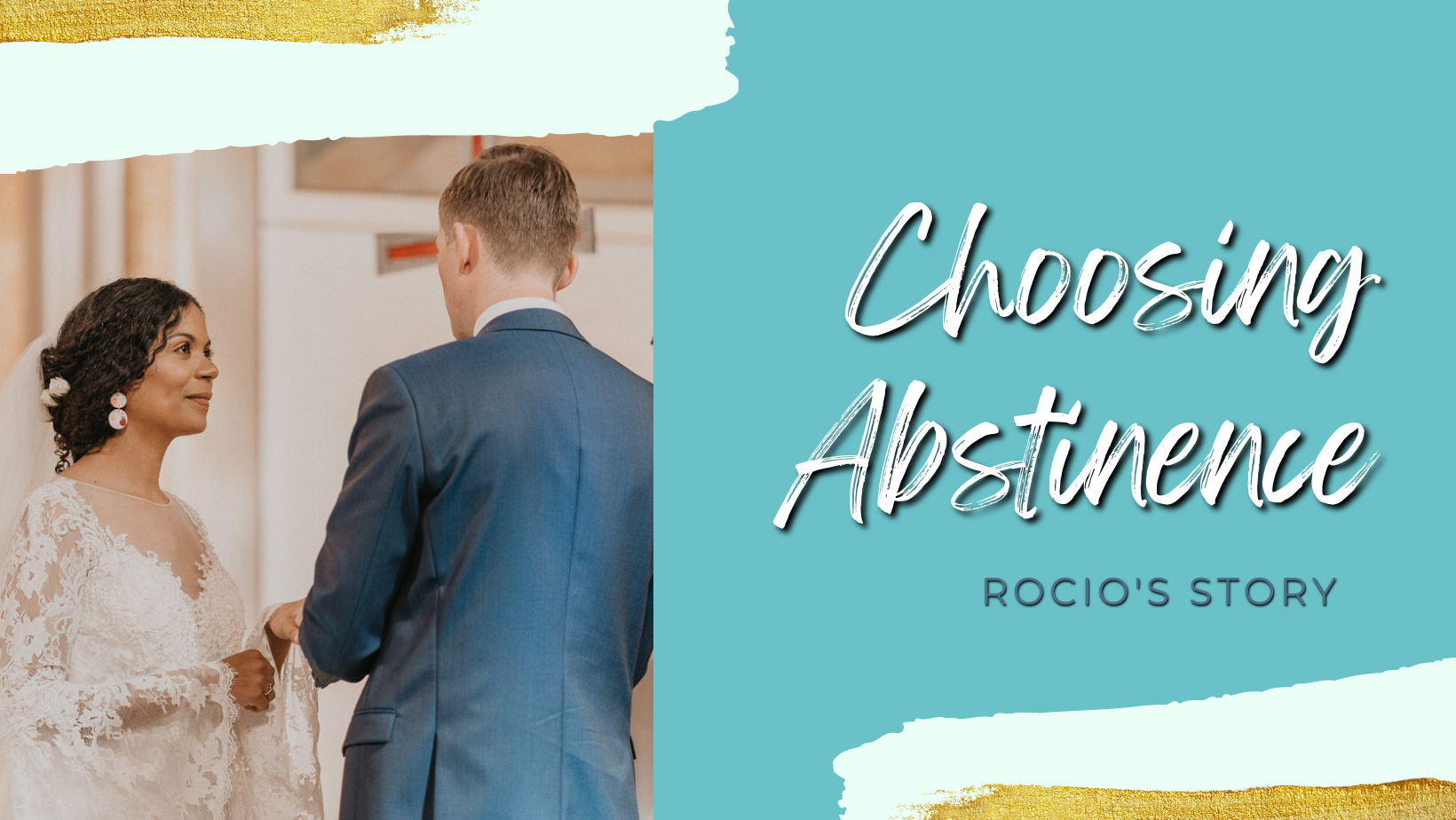 When I was around fourteen years old I heard the message of chastity for the first time. Perhaps I had heard some things here and there or had to memorize the definition of this virtue for religion class in the past, but if I did, I do not remember. What I do remember and will never forget was a young woman, perhaps in her late twenties, standing in front of an audience of teenagers and saying boldly, “Sex is good.”

The speaker did not realize the scandal that happened in my heart at that moment as I gave her my full attention to understand what she had just proclaimed. In my heart I felt my experience of sexual shame from years of addiction to masturbation face to face with something true and beautiful. She went on to explain that sex was created by God and therefore good since He created all things with purpose. When sex is taken out of the context for which He created sex, namely, marriage, then it can lead us astray and into heartbreak. But, she stressed, sex is a good thing, created to bring husband and wife closer together and the means by which new life comes into the world. Sexual intimacy is meant to be an expression of the profound love between husband and wife, two people who have already promised one another everything, even their whole selves.

As I listened to her that day, my heart felt alive and lifted up. I knew then that I was created for this, that I was called to authentic love: the kind that does not expect sex without vows or use others, but the kind that is willing to lay down one’s life for the other. This laying down of one’s life begins precisely there in the waiting. I resolved on that day to make a promise that I would wait until marriage to have sex.

I didn’t know at that moment that this promise, and striving hard to be faithful to it, would put me on a path very different from my peers. Also, I did not foresee the amount of guys who would walk out of my life because I disclosed to them my promise. Once they realized they would not get what they expected, most just “ghosted” me (before ghosting had a name) and others stuck around only as friends. This led to nights of crying and feeling slighted, like I was missing out on something or unloveable and not worth waiting for. Yet, by divine strength I continued forward in the promise I had made.

As I grew older, my understanding of chastity – sexual integrity – began to take on more meaning. I only knew when I was young that I wanted to wait until marriage to have sex, but what that would look like exactly as I aged, I did not know. The profound reasons why this decision seemed so right to me all those years ago only began to make sense to me in college. I began to discover not only the spiritual truths on which chastity is grounded but also the biological proof of the efficacy of abstinence until marriage.

The more I read about the powerful effects of oxytocin, the more I understood why this bonding hormone could be so deceptive when taken out of the bounds and commitment of marriage. Since the release of this hormone makes the couple trusting of the other and almost blind to any faults for some time after its release, the importance of removing the release of this “love drug” as a result of sex from the equation during the beginning stages of courtship and engagement, became glaringly important. The more one was high on this hormone, the less clearly one could see and answer the questions: “Is this person right for me? Can I raise a family with this person? Are they capable of authentic love and sacrifice?”

Years passed and I went to Ethiopia to live as a missionary/volunteer for two years. At the end of my time there, I met Peter. We became friends and one day he expressed interest in attending a presentation I had to make. The presentation was given in front of Catholic young adults in the capital of Addis Ababa during which I shared with them the good news and the call of chastity, the freedom found in abstinence before marriage and the chance to start over again if mistakes had been made in the past. This is because the redeeming love of God knows no bounds.

My future husband, Peter, sat in the audience among the others and listened intently. I had no idea that he, having come from Bonn and Berlin in Germany, had never heard such a message before in his life. He was then twenty-eight years old. At that moment, he later shared with me, he decided to begin this journey of discovering the plan of God for his sexuality and, although he had made mistakes in his past, he would begin a new chapter on that day.

Fast forward almost two years after that moment, Peter and I made our vows before God and our families and friends. As we stood before one another and exchanged our vows, promising to love and honor one another in sickness and in health, in good and bad times, I knew that my promise at fourteen had been worth it. Peter was worth every moment spent waiting, hoping, and fighting to love freely and to choose abstinence until marriage. And I also knew that I, too, was worth it.

Ich will Impulse per Mail bekommen.

Pornography and the Problem of True Intimacy

My future husband, Peter, sat in the audience among the others and listened intently. He had never heard such a message before in his life.

Ich habe Interesse an einem FOR ME Wochenende teilzunehmen